Hunter Field Target (HFT) is a target shooting sport derived from the air gun disciplines of field target shooting and hunting. Primarily an outdoor sport, shot with SA legal air rifles (rated at a maximum of 12 ft·lbf), a typical Hunter Field Target course is made up of 10 lanes, consisting of 3 targets per lane, with each lane consisting of a peg and a metal “knock down” target placed in a position to simulate a hunting scenario. The peg marks the shooting spot and the shooter must touch the peg with part of his or her body or gun for the shot to count. The targets are mainly based on quarry such as rabbit, rat, crow, mynahs and pigeons. They are made from metal and mimic their counterparts in both shape and size. Each target has a circular “kill zone” that varies in size, typically 15–40mm in diameter, and are set out at varying ranges (typically 8-40 m). A direct hit to the “kill zone” triggers a mechanism that makes the target fall back flat, simulating a “kill”. Successfully “killing” a target rewards you with two points and the target is reset by pulling the “reset cord”. “Plating” a target (hitting the target anywhere but the “kill zone”) rewards you with one point. Missing the target altogether results in a zero.

The main skill in Hunter Field Target is the ability to range the target as accurately as possible. Ranging is either done using the traditional method of “visualising” the number of meters separating you from the target or, more scientifically by using a telescopic sight fitted with a “mil-dot” reticle or a 30/30 reticle otherwise known as “bracketing”. There is no dialing in for range finding, this is the domain of the normal Field Target discipline. Once the shooter starts the course he/she cannot ‘touch’ his scope i.e. change magnification, change parallax setting or dialing the turrets. All assets such as windicators and bipods which exist in other target shooting disciplines are banned. When shooting, contestants may adopt one of three stances: prone (lying down), kneeling, and standing. Sometimes contestants will be forced to adopt a certain stance, for instance a lane that has “STANDING ONLY” sign must be shot in the standing position. If the shooter fails to follow this rule, the score for the target will be marked as a zero, even if it was “killed”.

Equipment
A typical HFT rifle set-up consists of an air rifle fitted with a telescopic sight. The rifle can vary from the very basic break-barrel spring-powered rifle to the most advanced electronic recoil-less pre-charged pneumatic (PCP) rifle. The most popular calibre for HFT is .177/4.5mm because of its flat trajectory and telescopic sights capable of 10x magnification are favoured. HFT does not discriminate to what rifle or scope is used, A rifle could be a Chinese spring or pneumatic rifle with Chinese optics or the very latest Field Target rifle with the most expensive scope

Shooters from clubs all over the world participate in local and area competitions and also travel to the annual World Championship competition held under the guidance and rules of the WHFTO.

Participants of HFT are separated by class, and it is primarily the equipment used that will affect the class shooters shoot in:

Junior:
Shooters under the age of 18.

Recoiling:
Spring-powered or gas-ram air rifles up to .22/5.5mm calibre

We welcome all shooters, young and old, to enjoy Hunter Field Target shooting with us! 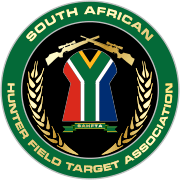